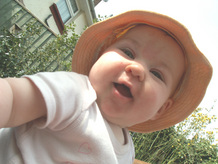 To help mothers to breastfeed through mother-to-mother support, encouragement, information and education, and to promote a better understanding, of breastfeeding as an important element in the healthy development of the baby and the mother

La Leche League began with a wish - a dream, really - that all mothers who wanted to breastfeed their babies would be able to do so.  LLL was founded by seven mothers to help their friends, who were wanting to breastfeed their babies but found only frustration and failure when they tried. They invited pregnant friends to a meeting one October evening in 1956. What they offered to interested local mothers then - and what the 40,000 La Leche League Leaders who followed them, continue to provide - was information, encouragement, and support.

La Leche League International has grown into a world-wide organisation with 3,000 mother-to-mother support groups in over sixty countries plus many other outreach programmes. Wherever an LLL group blossoms the focus remains the same - to offer accurate breastfeeding information backed by warm, caring, mother-to-mother support so that new mothers (whatever their place or circumstance) can gain the confidence they need to breastfeed their babies.
La Leche League stands today as the internationally recognised authority on breastfeeding, contacted by mothers, fathers, doctors, nurses, lactation consultants and other professionals throughout the world.  With International headquarters in Illinois, USA, LLLI serves as a Non-Governmental Organisation Consultant to UNICEF, an agency of the United Nations, and the World Health Organisation, and contributes its expertise to many other organisations, agencies and alliances around the world.

La Leche League GB is one of six La Leche League, in-country organisations which stand in Affiliate status with La Leche League International (LLLI) - the others being in Canada, French Canada, Germany, New Zealand and Switzerland. LLLGB started as an LLLI Area in approx 1971, registered as a UK charity in 1981, and became an LLLI Affiliate in 1984.  We have over 250 accredited Leaders, 80 local groups, and around 150 LLLGB-trained Peer Counsellor Programmes spread throughout Great Britain. LLLGB has a small number of administrative staff; but much of the work of running the organisation is carried out by the volunteer-Leaders, who also run local groups and work directly with mothers.


Where did La Leche League get its name?

"La Leche" is Spanish for "the milk," and is pronounced "la LEH-cheh." The idea came from a statue in St. Augustine, Florida (USA) honoring "Nuestra Senora de la Leche y Buen Parto," which translated, means, "Our Lady of Happy Delivery and Plentiful Milk."

When La Leche League was founded in the mid 1950s, words like "breastfeeding" and "pregnant" weren't used in polite society. The Spanish term became an informal code-word for our meetings and our function. La Leche League meetings could be listed in newspapers without offending anyone.

Happily, it is now acceptable to say "breastfeeding" openly. Although our name sometimes confuses people, "La Leche League" has become a term that is synonymous with breastfeeding support and education around the world. Despite the name's origin, La Leche League is not affiliated with any religion-- we are a nonsectarian organization whose only purpose is to give information and encouragement, mainly through personal help, to all mothers who want to breastfeed their babies.